Twas the Night Before Christmas

‘Twas the night before Christmas, and all through the lake,
Not a bullfrog was croaking, no noise he did make.
The boundaries were drawn by surveyors with care,
In hopes that St. Nebco soon would be there.

Six millions were nestled all snug in the banks,
While visions of ownership led us to give thanks.
For out on the lake, there rose such a clatter,
From owners galore who had funded the matter.

Away to the Bank I flew like a flash,
Tore open the checkbook and gathered the cash.
Driving to Lincoln, so lively and quick,
The meeting took place with Radke and Rick.

They spoke not a word but went straight to their work,
Checking each term and each little quirk.
Then Rick exclaimed as he saw all was right,
Happy boating to all, and to all a good night. 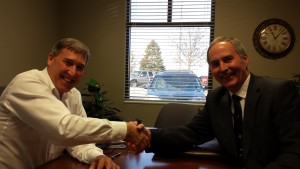